Posted by Kristine on June 17, 2018 in Book Blitz, Excerpt, Giveaway 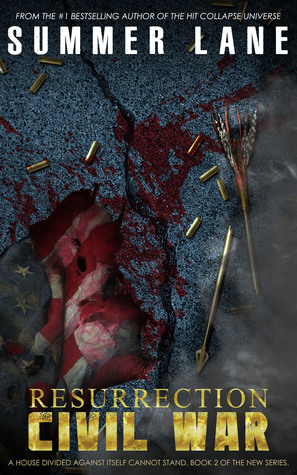 JUNE 15, 2018 – THE SECOND INSTALLMENT IN THE NEW SERIES!
CASSIDY HART’S PRESIDENCY IS IN TROUBLE.

A house divided against itself cannot stand.
As the Western Republic and the Eastern Coalition are thrust into the beginning of a civil war, President Cassidy Hart fears for the survival of the country that she has worked so hard to protect.
A new, dangerous Omega Chancellor has taken control of the Eastern Coalition, heading up a new division of technological warfare, in an attempt to crush the Freedom Fighters and the entire structure of leadership built around Cassidy’s presidency.
While a new type of advanced warfare begins, Cassidy and her team penetrate the dangerous underbelly of Omega’s remaining secret societies to get closer to the Chancellor and to seize Omega technology…before it’s too late to save the Western Republic.
Torn between loyalty, duty, and love, Cassidy Hart will go down in history as either the most beloved – or most hated – president of all time.
This means war.

From the bestselling author of 20 hit novels, including the popular Collapse Series, Summer Lane. This novel continues the adventures of the Resurrection Series and beloved heroine, Cassidy Hart.

Uriah is inside my room when I enter—no surprise there. He’s got his boots propped up on the table, languidly drinking a beer. He’s assessing his weapons, which are spread across my bed. Guns, knives, you name it. If I didn’t know any better, I’d say somebody was excited about this mission.

“I was waiting for you.”

“You could have slept. It’s not like we’re married.”

“Are you hinting, Cassie?”

“God, no. I’ve had enough of engagements and marriage talk for a while, thanks.” I throw my stuff down on the table, folding my arms across my chest. “We should sleep.”

“What did you find out?”

“I’ll debrief you tomorrow, along with the rest of the team.”

He smiles, although I’m not sure if he’s annoyed or amused. This thing we have between us—this romantic tension, this all-consuming passion—is like the elephant in the room. It’s here, and we’re here…but nobody wants to bring it up. Not really.

Uriah takes a swig of beer, scratching the back of his head. I’ve honestly never seen him quite so relaxed, and it’s irritating. Or maybe I’m just tired.

“Chris is still trying to win your heart back, right?” he asks, shaking his head. “Guy doesn’t know when to stop.”

“Cut him some slack.”

“Nah, why should I? He had his shot to make it work with you. He had years.”

“Half of his family is dead. He and I were close for a long time.”

“And that’s his problem, not mine. We’ve all lost people.” I sit down across from him, grabbing the beer.

“You didn’t answer my question,” I say, tasting it. Gross. Never liked beer. “What are we doing? Are we even in a relationship? Or are we just friends with benefits? What’s the definition of what we are?”

“We,” he replies, slowly, “are two people who can’t stay away from each other. So here we are.”

He takes the beer back.

I run a hand through my hair, frustrated. I am also aware that I am overtired and emotionally charged, so I try not to project my jumbled feelings onto Uriah. Ten points for Cassidy Hart for growing up…a little, at least.

“I want to know that you and I are going to last.” I level my gaze. “I want you to promise me that you’re not going to do something stupid.”

“Me?” He pauses, and I can tell he is fighting the urge to make a sarcastic remark, something that I probably deserve. “I’m here because I love you. Good enough?”

He stands up and leans over my chair, one hand on each arm.

“What else do you want me to do?” he whispers. “I’ve followed you around the world, and I’d do it again. You shouldn’t doubt how I feel about you. Doubt everything else…but not me.” 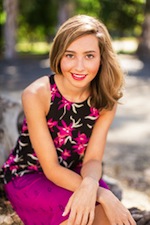 Summer owns Writing Belle Publishing (a management company) and Writing Belle (an online magazine). She is an experienced journalist and writing instructor.

Summer lives in California with her husband, Scott, and their German Shepherd, Kona. She is an avid adventurer, animal lover, and coffee addict.

You can visit her at her website, summerlaneauthor.com, for new and upcoming book release information. To stay up to date on current titles and events, follow @writingbelle on Instagram, or @SummerEllenLane on Twitter. You may also check out Summer Lane on Facebook.

← Under Control By Laura Catherine
Love Me, Love Me Not by S.M. Koz →