Promise Me Always by Rhonda Shaw

Posted by Kristine on March 9, 2018 in Blog Tour, Excerpt, Giveaway 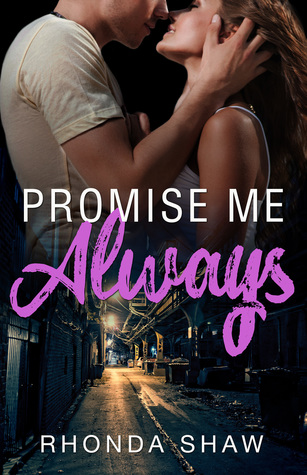 Gabrielle Wells was everything Danny Anderson shouldn’t want. She was his opposite in every way, but he couldn’t keep his distance, and fate seemed to push them together at every turn. She consumed him, and the more he learned about her, the more he realized she was exactly what he didn’t know he needed. But then past mistakes forced him to walk away and never look back, breaking Gabrielle’s heart in the process.

Fast forward six years, and it seems as if fate is intervening again. Danny, now a best-selling rap artist, returns to his hometown, and is reunited with the only girl he’s ever loved.

Gabrielle isn’t the girl he left behind, though, and Danny realizes life has thrown her quite a few curves. But he will stop at nothing to get her back, refusing to let his true desires—love and family—continue to elude him. However, when Danny’s past crashes into his present, threatening everyone he loves and everything he’s fought for, he must decide if his promise to Gabrielle of “always” is worth the risk.

His retreat, always his immediate reaction, frustrated me and I lost it, not caring if I made him mad. “I don’t understand you. Why are you doing something nice, but want me to believe you’re a jerk? You act like you’re put out, but you’re the one who offered! What do you want from me?”

I gasped and my heart rate tripled. “What?”

He took a step toward me. “Since the first second you walked into that classroom, all scared and nervous, I haven’t been able to get you out of my fucking head. You’re all up there and no matter what I do, you won’t get out and it’s driving me nuts.”

I shook my head in denial, unable to process what his words meant. No way would I have ever guessed he was interested in me when he acted as if I was a piece of lint, stubbornly refusing to come off his sweatshirt.

He smirked at my apparent disbelief. “Now, I know you’re thinking I must be crazy because there is no way a guy like me and a girl like you could ever like each other, let alone get along, and believe me, I’ve told myself that a million times. We’re not just opposites; we’re like motherfucking polar opposites.”

“No?” One dark brow rose. “What are you thinking then?”

“Wouldn’t it have just been easier to ask me out?” I braved, even though my heart threatened to pound out of my chest.

Danny grinned and let out a huff of laughter before turning serious again. His throat moved as he swallowed, and one hand reached out to cup my face. My eyes fluttered at the contact, but opened again when he closed the distance between us. His intensity deepened the blue of his eyes and they bore down on me when he rested his forehead against mine, and I melted. “You don’t want to get messed up with someone like me. I’m bad news for you. Please believe me when I say this.”

“Isn’t that for me to decide?”

He moved in to nuzzle his nose close to my neck and inhaled. “You smell amazing, G.” His voice was a low rumble against my sensitive skin.

I jerked my head back so I could see his face. “G?”

He chuckled, and his breath warmed my cheek. “You don’t like the nickname? I’ve got others—G Girl, Double G, GE.”

“Yeah, like the light bulb.” His gaze deepened. “You’re the only brightness in this bullshit life of mine.”

I sucked in a shaky breath. How could he make a corny nickname after a light bulb sound romantic? Somehow, he had, sweeping me away with his sweet words. 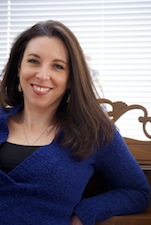 Rhonda owes her love of reading to her mother who would read to her each night before bed and sometimes give into pleads for more than one chapter. These days, if Rhonda doesn’t have a book in her hands, it feels like something is missing. While romance is her true passion, Rhonda enjoys reading multiple genres.

Born in California, but transplanted to the Midwest, Rhonda is warm weather girl to the bone (even years later, winter and her are not on speaking terms) and loves nothing more than a balmy, summer evening. She also loves all animals–especially her silly French Bulldog, Keno.

Nowadays, she has so many characters and story ideas running around in her head that she can’t keep up with them. But one day, she’ll tell each one.

← From The Top by Dani Collins
Celestia by Yumoyori Wilson →

3 comments on “Promise Me Always by Rhonda Shaw”