Things are never as they seem.
4 Comments

Posted by Kristine on December 2, 2017 in Stacking the Shelves

As you may or may not have realized, my school and student teaching has completely taking over my life for the past eight months.  So much so that I received my November order for Scholastic yesterday and realized I still hadn’t unboxed October’s order. 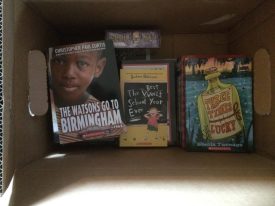 Since I’m becoming a teacher, I have been doing everything I can to build a library for my future classroom.  I’ve also been looking for new books for my son to enjoy because my goal is to continue to increase his love of books.  Fortunately, he’s beginning to find his joy and that makes finding new books for him easier than I thought it would be.  For the sake of not having a terribly long post, I’ll only unpack October’s box so we can explore all of the new books I’m adding to my shelves or my son’s. 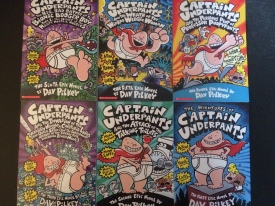 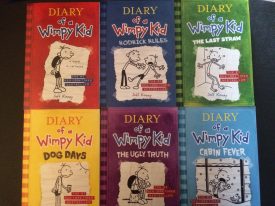 Cameron’s really found a love for books like Captain Underpants and Diary of a Wimpy Kid.  In October we were fortunate to find a collection of the Big Nate books for him.  So when I saw they had these partial collections of two of his favorite series, I couldn’t resist to order them.  He doesn’t know they are in the house and I’m even hiding my screen so I don’t ruin the surprise.  I have waited eleven years to have a child who loves to read.  Now that my son does, I’m not going to let the opportunity pass me by. 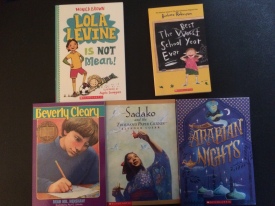 I enjoy taking advantage of the deals that Scholastic gives on some of their books.  Some of my books come the $1-$3 range on Scholastic’s site.  This helps me to build a collection without completely breaking the bank.  However, after taking my multicultural children’s literature, I’ve been trying to expand my book collection to include more diverse books.  This is not always easy, especially since I have not read many of these books.  But I like that Scholastic promotes diversity and has a catalogue that is dedicated specifically to it.

I have always been a fan of the Scary Stories collection as a child.  These fun short stories were part of my childhood and I’ve wanted nothing more than to share them with my son and even future students.  When I saw that Scholastic had a deal on all three books, I couldn’t resist. 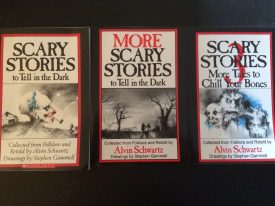 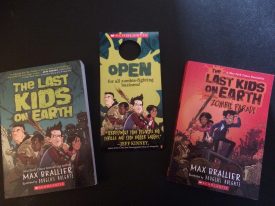 I have never had the opportunity to read The Last Kids on Earth books, but I have always been intrigued by their covers.  I enjoy books about apocalypses and seeing the characters plight as they try to survive.  Several of my students chose these books as we scoured through the pages of the Scholastic catalogue, so I couldn’t resist getting the first two books.  Hopefully, my son and I will get the chance to read these soon enough.

Here’s a list of everything I received in my October order:

Here’s the books my son is getting for Christmas from Santa. But shh don’t tell him!