No Secrets by N. Raines

Posted by Kristine on November 30, 2016 in Book Blitz, Giveaway

Alyxandra Franklin crushed on Cris Garcia the first time they met. He wasn’t like the guys in her crowd, the boys in grown-up bodies. No, Cris was a man. A man who’d stand up for his girl, hold her close and keep her love safe. In spite of her feelings, Alyx never made a move on him. How could she? He belonged to her best friend, Gabi. And now it’s too late.

Cris figures if he never sees Alyx Franklin again, it’ll be too soon. She’s nothing but a spoiled stupid rich girl, too busy partying to care about anyone but herself. She’s the reason Gabi, the girl he loved, lost her life.

But he’s wrong. Gabi had secrets. When those secrets blow up his life, Cris is willing to go to any lengths to unravel the lies. Even if that means befriending Alyx—and sleeping with her—to learn the truth.

Would you like to read Book 1 in Nona’s serial romance Not the Hot Chick for *FREE*?
Please go here: http://www.nonarainesfreebook.com/

Brandon nuzzled her ear. “It’s just you and me, baby.”

She pushed him away as she tried to think. Oh, God. If only she hadn’t had all those drinks. Her muzzy state made her clumsy and off-kilter. She meant no, but Brandon wasn’t taking no for an answer. Though she’d slapped away his hand, he kept pushing.

He tickled up her side as she tried to squirm away. “Bet I can change your mind…”

God, she was ticklish there. She couldn’t help laughing, even though she was pissed he wouldn’t take her seriously. “Don’t…no, stop it. I mean it, Brandon. Stop…”

A deep voice cut through her weak giggles and Brandon’s whispered teasing. “You got a problem with your hearing? She said stop.”

They both froze. Alyx couldn’t make out the man’s face in the darkness, but she knew the voice.

When he stepped into the light, Alyx stiffened even as her chest flooded with relief. Grateful as she was that someone had intervened, why did he have to be that someone?

He gazed at them stony-faced. His eyes zeroed in on Brandon’s hand on her waist. She felt Brandon’s hand tighten, then drop away as he glared back at Cris. “What do you want?”

“I want you to leave her alone.” He nodded at Alyx.

“Why don’t you just mind your own business?”

Cris ignored him, focusing on Alyx. “Do you want this assclown touching you?”

“Hey!” Clenching his fists, Brandon took a step toward Cris.

Alyx spoke quickly. “I just want to go home.” Though pissed off at Brandon, she didn’t want to see him and Cris get into it.

The air quivered with nervous energy as the two guys eyed each other. Brandon’s jaw was set as though he wanted to lay into Cris, and Cris looked as though he’d like nothing better than to bust Brandon in his preppy, pretty-boy face.

Another voice broke the tension. “Everything cool over here?”

A man stepped out of the darkness and stood beside Cris. Alyx recognized him from inside the bar, the guy who’d been sitting with Cris. Tall and broad shouldered, he was the kind of guy you’d want watching your back when trouble came calling.

“Yeah.” Cris’s even tone belied the tenseness in his body. “It’s all good, man.” He glanced at Alyx. “Where’s your car? I’ll drive you home. You’re in no shape to get behind the wheel.” Then he turned to the big guy, his friend. “Rick, can you follow us so I can get a lift back here to my ride?”

She tottered on her three-inch heels while Brandon sneered. “Well, I uh…my car’s not here. I mean, I came with a friend…but she left without me.” God, did she sound pathetic or what?

Brandon’s nasty laughter rang out behind them as his climbed into his car. “Good luck getting home, Alyx.” He gave the door a slam, then peeled out of the lot, gunning the motor as a farewell fuck-you.

Total silence reverberated before Cris spoke again. “You got some real nice friends.”

He didn’t even try to hide his contempt, obviously convinced she was stupid and irresponsible. Maybe he was right.

“Well, um, I could call a cab.” She unsnapped her tiny purse and wanted to cry when all she found was a compact, a tube of lipstick, and a couple of crumpled dollar bills.

Oh, crap. Not even enough to take the bus, if buses ran this late. What to do? Her brain scrabbled frantically to come up with an answer. “I could call my sister to come get me.” Right, ask her for a favor after you ditched her party. But no matter how pissed Morgan might be, she wouldn’t leave Alyx stranded. Nor would she tattle to their parents.

She felt both men’s gazes on her, the big guy’s soft with sympathy, Cris’s hard and judgmental. She felt every bit the spoiled little airhead they imagined her to be. 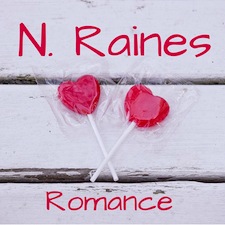