Posted by Kristine on November 13, 2016 in Book Blitz, Giveaway 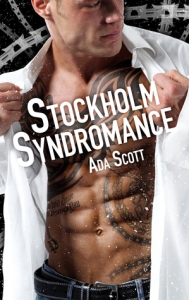 He doesn’t have to keep me tied up, but I hope he does…

Eliana
My father kept me locked away from the world, my only purpose in life was to stand in the background while he campaigned for President, or to be sold like a slave to cement his old alliances as a Mafia hitman. All I’ve ever known was his contempt and my loneliness.

Then my deepest darkest fantasy kicked my door down and dragged me off into the night.

He’s the first person I ever met who wasn’t afraid of my father. He’s a machine of war, and he’s making me so… damn… hot.

Eric
The contract is simple: abduct the daughter of Jace Barlow’s nemesis and deliver her safely.

I’m a professional. She’s off limits… but this chick is the hottest kind of crazy. I never met a woman who could take everything I had to give and beg for more, and now I’m dangerously close to addicted.

I need to concentrate on keeping us alive before her father’s goons, the Feds, the cops or the biker gang catch up with us, but the way she licks my gun has me thinking maybe nothing else matters if I can’t have her wrapped around me forever.

I wrapped the towel around myself, then undid it and wrapped it around me again, a little lower, tucking the corner in to keep it tight. It was no push-up bra, but the effect was the same.

Eric had cleared the remains of our meal away and a beam of early morning sunlight had fallen across the covers while I showered. Eric had set up a blanket and a pillow on the couch, where he was reclining with his hands behind his head while he waited for me, still wearing only his boxers. He paused halfway through standing up as he took in the sight of me wearing nothing but a towel that was barely big enough to come down to my thighs.

He crossed the room slowly in my direction, his every muscle-bound movement was poetry in motion. My knees felt weak.

Even after the shower, I could feel the heat of him when he stood close. A drop of water escaped my hair and I felt it cutting a path down my chest, and over the upper swell of my breast. Looking up into his eyes, I could see him following that path and I smiled at the hint that he was every bit as transfixed by my softer curves as I was by his firm ones. I could feel myself being pulled to him, as if the cells of my body might detach and start flowing across the short distance between us if one of us didn’t do something about this unacceptable lack of physical contact.

His lips parted, then he licked them before he spoke without conviction. “That’s… not my job. You should get dressed.”

“I’m going to deliver you to my employer,” he said.

“Well… did he say you weren’t allowed to have any… fun along the way?”

My heart was back in my throat, my breath shaking again. It felt like it was beating so hard that my breasts were wobbling with every beat. Could he see how excited he was making me? Would he give me what I needed while we had this gift of time together?

“You don’t know what you’re asking…” 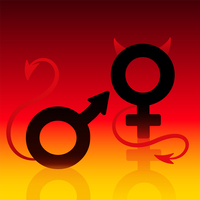 A former office drone, a former nurse, I now spend every waking moment doing what I love, creating and publishing these steamy stories about bad boys from the mafia, motorcycle clubs, and mma that make me, and hopefully you, weak at the knees! Anywhere a bad boy can be found, I’ll be there taking notes and making it even sexier 🙂

Join me here for free downloads, discounts and news: