Give Me Chaos by Jillian Ashe

Posted by Kristine on November 1, 2016 in Cover Reveal

Give Me Chaos (The Wolfgang Series #5)

The fifth book in the Wolfegang series follows Katerina back to the top secret military base, Enzo, where she is Lt. Donnelly’s prisoner. The lieutenant puts her through tests and experiments to find out what makes her so special, and why the genetic enhancements aren’t degrading her brain. He wants answers for his own cure. Katerina might not survive his search for answers until General Ryojin shows up and changes the game completely. 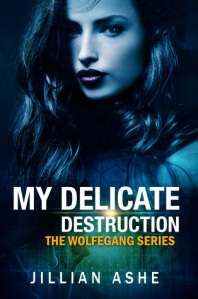 My Delicate Destruction (The Wolfgang Series #1)

Riding on Whispers (The Wolfgang Series #2) 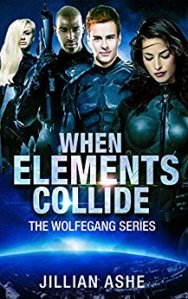 When Elements Collide (The Wolfgang Series #3)

Far From Safe (The Wolfgang Series #4)

I currently live and work in Southern California, writing about characters in a variety of different genres. I started writing when I was only seven and was first published in the La Jolla Light Newspaper when I was twelve. Currently I attend University in the hopes of becoming a Professor of English.