Posted by Kristine on May 13, 2016 in Mystery, Reviews, Thriller 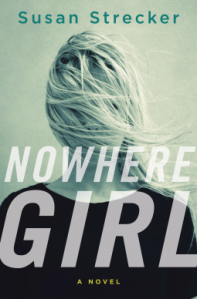 “The day Savannah was killed she was fifteen minutes late to meet me.” So begins bookseller favorite Susan Strecker’s second novel of twin sisters and the murder that left one twin behind.

Savannah was the popular bad girl skipping school and moving quickly from one boyfriend to the next, so when she didn’t meet Cady as promised, Cady wasn’t surprised and the truth was Cady was already a bit mad at her. When Cady suddenly becomes short of breath she realizes Savannah is in trouble, but within minutes Savannah is gone.

Years later Cady, now a bestselling author of suspense, spends her time interviewing killers, hoping each interview will help her understand what happened to her sister. Despite Savannah’s death, the bond Savannah and Cady share has never been broken. Savannah still comes to Cady, but the clues her sister sends don’t add up until a chance encounter while researching her latest novel provides a missing piece of the puzzle.

When I see a book being described as a mystery, thriller and psychological thriller, I immediately get interested in it. This is how this particular book is described. However, the truth of the matter is that it is not a thriller and it’s definitely not a psychological thriller. Yes, there is a mystery over the death of Cady’s twin sister, Savannah when they were in high school. But the true mystery is why this book promises to be something it isn’t.

Cady is an extremely unlikable character, who allows her boring (and probably cheating) husband to walk all over her. Not only does he treat her like crap, but he completely runs their house. He has no qualm with blaring his classical music, even though he knows she’s not a fan and even when she’s asleep. And that’s not even the worst of it. Cady’s self-deprecating attitude was beyond annoying. There are only so many times you can listen to someone call themself fat or constantly idealize their obviously bitchy, whore of a twin sister. She’s such a pathetic character that I kind of wish it was her brother who was the main character. At least he was less annoying, even if it’s just slightly.

As for the rest of the cast of characters, it was a bit difficult to keep straight who was who initially. Even worse, there was a lot of filler in this book regarding all of the extras. While I can appreciate world building, this just didn’t seem to pan out in this particular book. Instead, I started finding more and more scenes to skip because it had absolutely nothing to do with the main plot line.

And the story line… As the information about Savannah’s death comes to light, I still had hope it would all pan out in the end. But the truth is, I was completely confused and disappointed by the truth behind Savannah’s death. The entire thing doesn’t make sense and it was anticlimatic to say the least. Over all I was completely disappointed and I would not recommend this book.