Checking Out the Library

Posted by Kristine on April 23, 2016 in Blog, Blogging Corner, Memes 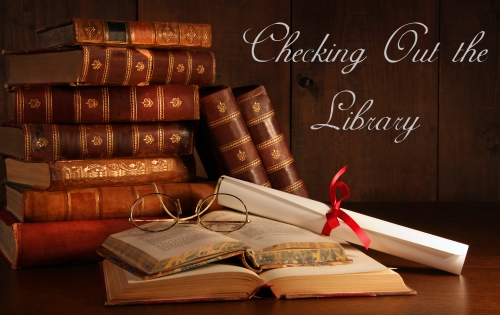 It’s not often that I splurge when I go to the library. I know that sounds weird. After all, I’m supposed to be a bookworm, right? But the truth is, since I typically get books from a small local branch, it’s my ability to use the county database to put holds on books, not the physical branch, that tends to put me at risk of completely stockpiling a ton of books yet again. But this week must have been one of those random weeks, because after months of keeping my hold list low, I’m sitting here with twelve new library books to read! 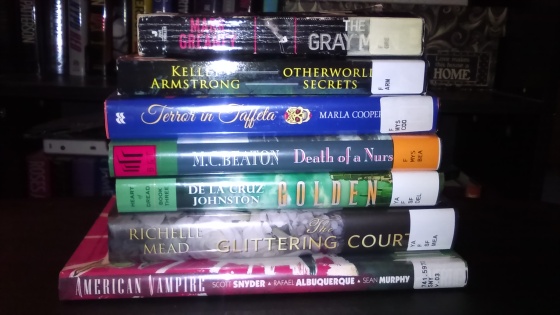 I’ve picked up books a few times this week. The first time I was just stopping in to grab my copy of Golden by Melissa de la Cruz and Michael Johnston. But the librarian was busy helping someone out and I happened to gaze over at there small new books wall and there I spotted Otherworld Secrets by Kelley Armstrong and Death of a Nurse by M.C. Beaton. So I grabbed them. No big deal, right? It’s only three books.

Then a few days later, I got notification that I had four books on hold at the library. I also needed to pick up my son’s prescription, so I figured I’d do it all in one trip. Turns out, there was an issue with his prescription and I had to wait twenty minutes for them to fill it. Which would have been fine, but my local branch is by my house and the pharmacy is two blocks from the county library. So I decided to spend my time there. This is always a big mistake, especially since I enjoy checking out their new release room. Yes, I said room. Not only do they feature all of the new books, but they always have little sections dedicated to different themes. They even had a small area for books about Prince and other artists who had died recently… and this was at four o’clock on the day he was found.

Anyways, I try to avoid the room because I’m the kind of bookworm that will read any book whose cover catches my eyes. I know you shouldn’t judge a book by its cover, but that’s how I find new books/authors to read. And this room has soooo many books that face outward. In fact, the two extra books I picked up earlier in the week had been facing outward as well. Or else I wouldn’t have picked them up that day. Anyways, it only took me five minutes and I walked out of there with five more books. Needless to say, it’ll be a while until I go back to the county branch. I mean, I can never get past that new release room and I have never even looked at any other section of that particular library. LOL! 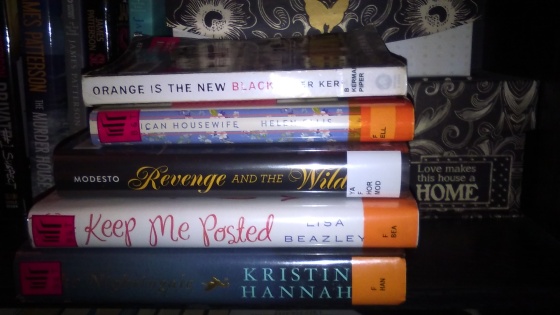 Here’s what I checked out this week:

What did you pick up from the library this week? Or what are you planning on putting on hold? Leave me a comment and let me know!

Tags: American Housewife, American Vampire, Checking Out the Library, Death of a Nurse, Golden, Keep Me Posted, Library Books, Orange is the New Black, Otherworld Secrets, Revenge and the Wild, Terror in Taffeta, The Glittering Court, The Gray Man, The Nightingale Permalink

There was an error retrieving images from Instagram. An attempt will be remade in a few minutes.