Things are never as they seem.
11 Comments

Today’s theme is a Thanksgiving inspired freebie post. I decided that in honor of it I would do books/series I was thankful for.

This is the series that inspired me to start role playing several years ago. Though I’ve pretty much retired from it, I really can’t help but look back at that time with a certain amount of fondness. After all, I was able to meet  a ton of incredible people because of it and it was a great creative outlet for me when I really needed something for myself at the time. So the series didn’t end how I wanted it to and the show really begin to go to crazy town… none of that matters, because this fandom really was a great form of release for me when I was really struggling as a single mother who was desperate to have one place in her life where she had control. 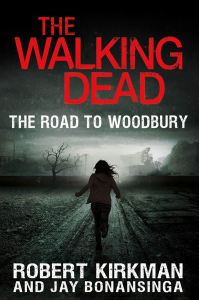 2. The Walking Dead (Comics and Books)

If you would have suggested to me ten years ago, that one of my favorite shows would be about zombies, I would have laughed in your face. For some reason, the idea of zombies had always creeped me out. But after this series first aired, I found myself completely enthralled in the story of Rick Grimes and the other survivors of a zombie apocalypse. Now, I find myself looking forward to every Sunday night episode and new comic volume because I’m so invested in the series.

I’ll be the first to admit this book series had me wanting to pull out my hair last year. However much I disliked it, it is the inspiration to the ABCFamily show, which has been one of my favorites since it first aired. Even as my tastes in shows begins to grow out of the young adult, I still look forward to A and her bitchy antics every year. I can only hope that with the new timeline/story line that they will be able to keep up the same suspense they’ve managed for the past few years.

Anyone who knows me, knows that I’m absolutely fascinated about the psychology of a serial killer. I know that sounds weird, but who doesn’t sometimes wonder what makes another person tick? Though I’ve never read the books, I was a huge fan of the Showtime series for several years and I was sad to see it end so poorly. Still, it was great while it lasted!

I’m not even sure I have to explain my reasoning behind choosing this book to be thankful for. But let’s face it, it’s an incredible tale about an old man’s dream come true and how one’s hubris can lead to pushing the limits of nature to the point where things become disastrous. I don’t know about you, but I saw this movie when it originally came out and as a kid, I was fascinated behind the idea of going to Jurassic Park and seeing dinosaurs for myself. Heck, even seeing how badly things could turn out, if there really was a park, I can’t guarantee I would be able to resist to visit it for myself.

No list of books I’m thankful for would be complete without my favorite book from my childhood. This is probably the first “mature” book I read as a child. Up until that point a lot of the books I read were superficial, but this one actually inspired me to think. That’s a truly empowering experience for a child, for it’s not until you truly begin to question the world around you, (and no, I’m not referring to the “Why?” stage we all experienced and drove our parents crazy with) that you really begin to grow up.

No one is ever going to claim this series is life-changing literature. But for me, it actually was. This is the first series that inspired me to keep reading at a child and I’m not sure I would be the bookworm I am today without. As most young children are, I was fascinated about becoming a teenager and even though I was several, several years away from experiencing it for myself, this series was the first taste I had at what to expect. Granted, it paints a very noble and wholesome picture of the experience, but considering I started the series when I was five or six, that’s not a bad thing.

Some of you may be more familiar with the omnibus version of this series, which is called Thirst. But truthfully, I’ve never read any of the newer stories in the Thirst series. For me, The Last Vampire was the start of my fascination in vampires. Though my interest has wane with an overabundance of the creatures over the past few years, this will forever be my favorite vampire series. It’s the first time I was introduced to the more sexual nature of vampirism (even though there was no actual sex scenes in the book). I remember getting in trouble in fourth grade for showing all the other children a scene where Alisa is in the hot tub with Ray. They don’t actually do anything, but even at that age, I knew what almost happened. I just wasn’t old enough to realize it may get me in trouble for pointing it out.

As a teenager, I became a fan of Nicholas Sparks. It was around the time that A Walk to Remember came out that I first discovered his works. I think it’s the heart of a hopeful teenager that made me so open-minded to the possibility of romance that left such an impression on me. Now, fifteen years later, I am not naive enough to believe the stories he writes are possible (at least not for me) and yet, I am always ready to read his latest book. He’s the only romance writer whose books have been able to leave me in tears each and every time. I’m a sap when it comes to Nicholas Sparks 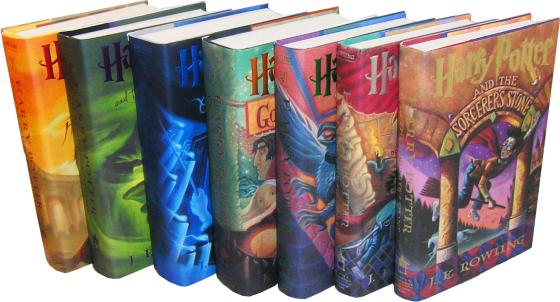 Come on, I couldn’t possibly have a list like this without mentioning Harry Potter. I know there’s a huge love or hate among the bookworm community in regards to this series. But for me, I am a huge Harry Potter fan. I may have started the series after seeing the second movie, but I have stood in line every year (with the exception when I was deployed) as the every new book was released after that. I was sad to see the series end and I loved the movies. But I feel like it’s truly one of the best examples of children’s literature that can grow with a child. The series grew in depth and concept through each book and the changes within the main trio were far from being superficially implying they were a year older. They were constantly exposed to situations (mainly Harry Potter) that helped mature them with the series.