Things are never as they seem.
16 Comments

Today’s theme is about the top ten book to movie adaptations. This is actually hard to do, seeing as usually a movie can’t live up to the standard of a book. But we’ll see if I can come up with ten! Be forewarn, just because I say the movie didn’t live up to the book, doesn’t mean I didn’t like the movie by itself.

1. A Series of Unfortunate Events

I was a fan of this series and delved into reading them after seeing the movie. I actually thought the movie was a cute adaptation for the series itself, but like some other movies (i.e. The Cat in the Hat, How the Grinch Stole Christmas, etc.) made around this time, it relied too heavily on Jim Carrey’s humor, which turned out not to be so humorous. Though it loosely covers the first three books in the series, it just never quite reached the point of being just as good,

This is another movie I really enjoyed. First off, I had no problems viewing Tyler Perry as Alex Cross. It was nice to see him take a more serious role and I thought he did a very decent job. The star of this film though was Matthew Fox. He was a phenomenal bad guy. So why is this on this list? Because it’s not even close to any of the books. Sampson is white and the guy who killed Maria was not some super bad guy who could swim up water pipes in order to break into a building and kill people. By itself, it was a good movie, but a crappy adaptation.

I know, I know. How dare I add any Harry Potter movie to this list? Come on. Anyone who has ever read the books will point out that these two films caused a lot of outrage within the fandom. After trying to cram everything into each movie, the new director for Prisoner of Azkaban did some willy nilly, Through the Looking Glass version of what should have been an amazing movie. Too many key characters and elements were left out and the movie suffered. Sadly, this greatly affected the rest of the series and really dragged down the Goblet of Fire. 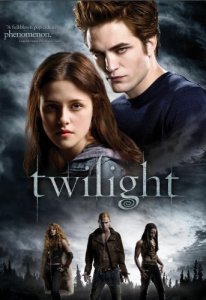 Yet another fandom that will be ready to throw rotten tomatoes at me. But I’m sorry. I was sooooo excited to see this movie, that I drove two hours to watch it opening night. Five minutes in and I wanted to leave my seat. The director of this film can blame her small budget all she wants, but the truth is she did a crap job of adapting this book to the big screen. That’s to say nothing of the shitty acting job that Kristin Stewart did. I’m sorry if you love her. I thought she’d be a perfect Bella, but she just proved she has no range as an actress and she ruined the character and movie for me.

6. What to Expect When You’re Expecting

This movie was okay. There are definitely some laughable moments. But the big question is: WHY? Why even go there? Actually, the bigger question is: Who the hell bribed big names like Jennifer Lopez, Elizabeth Banks and Cameron Diaz to star in this???

I LOVED this movie. I had just split up from my ex-fiance and it left me torn apart to watch this beautiful love story unfold on the screen. But in retrospect, my love for the movie was because of my recent break up and the fact Ryan Gosling and Rachel McAdams had such fierce chemistry. It’s a good movie and a definite chick flick, but it just couldn’t capture the way I felt when I read the book. And that’s okay. Because it comes pretty darn close.

I can’t take Jack Black seriously. He’s funny, but he tends to do a lot of what I call “stupid” funny films and they aren’t my thing. This was a silly take on what is actually one of the few books in High School that I found interesting.

I have already complained about this movie. This is my favorite book from childhood and the movie was just crap. I adore some of the actors/actresses, but this movie was a waste of my time. It failed to even make it into the same plane as the book, let alone coming anywhere near being as good.

10. Confessions of a Shopaholic

I’m torn about this particular one. I really adored this film and thought it was cute. But in truth, it was made to be more silly and flighty than the book. I felt it kind of dumbed it down. Which is hard to do when it’s a book that’s supposed to be light and fun.

Tags: A Series of Unfortunate Events, Alex Cross, Confessions of a Shopaholic, Gulliver's Travels, Harry Potter and the Goblet of Fire, Harry Potter and the Prisoner of Azkaban, The Giver, The Notebook, Top Ten Tuesdays, Twilight, What to Expect When You're Expecting, Worst Book to Movie Adaptations Permalink

First workout in awhile and I’m feeling it!
First time cooking a turkey!